// Will a Criminal Lawyer Help With Charges of Drug Trafficking?

Will a Criminal Lawyer Help With Charges of Drug Trafficking?

Drug trafficking crimes are among the crimes that have seen an increase in recent years. With the increase of these types of crimes, law enforcement has bolstered their efforts in the war on drugs. Drug trafficking is prosecuted at the federal level by the U.S. Drug Enforcement Agency (DEA), and even first offenses can be charged as a felony and lengthy jail sentences can be applied. The only way to protect yourself in the event you are charged with a drug trafficking crime is to find a knowledgeable New York criminal lawyer. 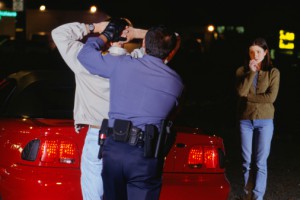 When it comes to the difference between the lesser charge of intent to sell/distribute and the much more serious drug trafficking, the latter applies when there is both intent to sell and a large amount of drugs are in possession. While the specific penalties related to these crimes are heavily dependent upon the amount and the drug in possession, the following substances will put you at risk for federal drug trafficking charges:

Even the lowest penalties can still result in excessive fines, which is why an experienced criminal lawyer is critical to the success of your defense. With the DEA’s aggressive pursuit of drug trafficking offenders, these crimes are built against the accused with collaborative efforts at the local, state and federal levels. Having an equally aggressive criminal lawyer is the best way to protect your future and your freedom.

George Vomvolakis Law Offices can help you establish the strong defense you need if you are facing drug trafficking charges. The firm can assist with cases in all counties of New York City, Long Island and Westchester. Additional exceptions may be made for other counties in New York State. To discuss your case with an experienced criminal lawyer, contact the offices of George Vomvolakis via e-mail at gvomvolakis@vomlaw.com, by phone at (212) 682-0700 or at his office at 275 Madison Avenue, 35th Floor, New York, NY 10016.