// Serious Crime Down in NYC, Despite Recent Shootings

Serious Crime Down in NYC, Despite Recent Shootings 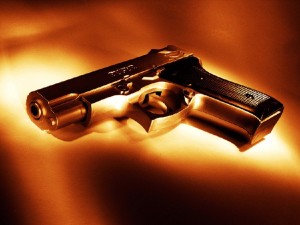 Based on the reports we’ve been seeing for the last couple of months, you’d think that the Big Apple has turned into the Wild West. Every day, more reports of shootings hit the news. Well, it’s true that gun violence is a problem in New York City, but that’s not the whole story – shootings make headlines, but reports of decreases in crime don’t sell newspapers, or even website ads, for that matter.

So we weren’t surprised at all that we had to dig a bit to find the details of the most recent crime stats released by the NYPD. While murders and rapes were up, some of the other results might surprise you. As of a few days ago, shootings were actually down in the City based upon the same period last year. The decrease is small (only 1%), but it is a decrease nonetheless. In addition:

Total serious crime for the year is down more than 4.5% compared with last year. What’s even more interesting, however, is how the statistics from the past year or so look when we compare them to the figures from two, or even 25 years ago. The comparison with just a couple of years ago shows a significant decrease in crime. In fact, with the exception of a small rise (0.6%) in auto theft, every single category of serious crime was down in New York City. When we compare the last year or so with the stats from 25 years ago, the results are truly dramatic:

What all this demonstrates is that statistics can show . . . well . . . pretty much what you want them to show. Just choose a result you want, then pick a time period that contains support for that result. Mark Twain once said, “There are three kinds of lies: lies, damned lies and statistics.” Now we know what he meant!