// Sentences to increase for sex trafficking in New York

Sentences to increase for sex trafficking in New York

New legislation is in the works that will impose tougher penalties on sex trafficking. This week the New York State Assembly passed a bill that would significantly increase the sentence for sex trafficking offenses. The measure was previously passed by the Senate, and is now headed for Governor And 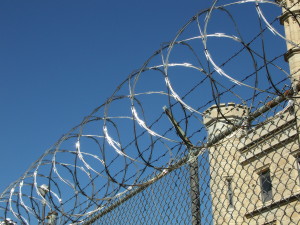 rew Cuomo’s desk. The Governor has already indicated he looks forward to signing the new law.

Sex trafficking is defined under § 230.34 of the New York Penal Law. It does not require smuggling people into the state, or even moving them from one location to another. An example of sex trafficking is intentionally profiting by using force to compel a person to engage (or continue to engage) in prostitution. This is just one of many activities that are covered under the definition of sex trafficking.

The Trafficking Victims Protection and Justice Act will treat sex trafficking as a Class B violent felony, and the law will increase the penalties for anyone convicted of promoting prostitution. Sex trafficking will carry a sentence of five to 25 years in prison, and that’s for a first offense. At the law currently stands, it would be a non-violent felony, and the sentence could be as little as one year. The bill also raises the classifications and prison times for those convicted of being a patron of underage prostitutes. In addition to increasing the criminal penalties for these crimes, the legislation permits victims to institute civil proceedings against the alleged offenders. It also requires the development and distribution of information to the police about social services that may be available for victims.

Researchers estimate that about 17,000 people are brought into the United States each year, and then forced into sex trafficking or other forced labor. The Governor has stated that the victims in New York include over 1,000 children annually.

About 80% of the victims of sex trafficking are women and girls, according to the National Organization for Women. And the United States Department of Justice says that New York is a major hub for this activity.