// NYC Mayor announces no bail required for some low-level offenses

NYC Mayor announces no bail required for some low-level offenses

In a move that is sure to engender a negative res 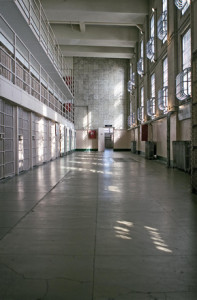 ponse from some groups, Mayor Bill de Blasio has announced a new policy on bail for certain low-level and non-violent detainees in New York City.  This past week, the Mayor said that from this point forward, instead of bail, the suspects would be supervised and in some cases sent to drug counseling, but allowed to remain free even though they would have been unable to post bail.  The $18 million supervision program would be funded largely from assets seized and held by the Manhattan D.A.’s office.  There are two goals here.  The first is to ease the crunch on an overburdened jail system.  The second is to avoid the disproportionate impact of the bail system on poor minorities; studies indicate that they are more likely to languish in jail even when the amount of bail set is low.

But many believe that the real catalyst for the change is the case of Kalief Browder, a 16-year old who was held in jail at Rykers Island for three years on a theft charge – he allegedly stole a backpack.  Browder’s family was unable to come up with $3,000 bail.  During his pre-trial incarceration, he was beaten repeatedly by correction officers, and held in solitary confinement for 400 days.  After the charged were dropped, Browder apparently struggled, but he eventually committed suicide.

Inmate advocates are urging that the city go even further, and scrap bail altogether for low-level charges.  Under that proposal, defendants would be released unless they were considered a flight or safety risk.  But that type of change in New York would require action by the state legislature in Albany.  The change has also been supported by some city officials, as well as by Jonathan Lippman, Chief Judge of the New York Court of Appeals.  Time will tell if the new program succeeds in its goals, although it has clearly come too late for Kalief Browder.