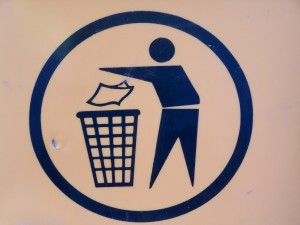 There are literally thousands of laws and regulations out there prohibiting various types of conduct. Many of the laws relate to serious crimes, such as sexual assault, homicide, and others. But there are a host of criminal offenses that fall on the less serious side of the ledger.

Up to now, the policy in the city has been to arrest people for minor violations of the law, including possession of small amounts of marijuana. According to City Council Speaker Melissa Mark-Viverito, this has two effects: first, she says, it results in too many people – primarily low income black and Latino men – locked up at Rikers Island; second, the cost of housing an inmate at Rikers, which comes to about $100,000 per year, takes valuable resources from the people of the City.

The proposal includes seven different offenses that would be sent to civil administrative courts for disposition:

Because these are all offenses that exist under the New York City Administrative Code, and not under the State Penal Law, the City is free to amend their treatment without getting state approval.

Another suggestion is to apply the same policy to fare-beaters. While NYPD brass is sure to oppose this one, the fact is that chasing, arresting and locking up fare-beaters takes a huge amount of patrol officers’ time. More than 25,000 people are arrested for it each year, and it is one of the top charges resulting in jail time in the City.

In addition to the specifics of the proposals, they represent a challenge to the “broken window” policy current in vogue among law enforcement types. That policy suggests that keeping the urban environment well-ordered (that is, enforcing laws relating to minor offenses such as graffiti writing), leads to less vandalism, and a reduction in more serious crimes. The problem, however, is that while we hear calls for more and more police officers, it has become apparent the a significant portion of the time officers spend is devoted to minor offenses, and jail time, which in turn leads a questionable use of resources.