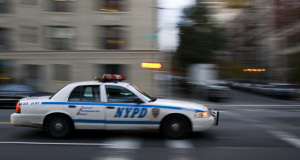 The case of Floyd vs. City of New York challenged the practice of the NYPD known as stop and frisk. The essential allegation in the case, which achieved class action status, was that the stops, and what followed, were made on the basis of race and/or national origin. The charge was based, in part, on the apparently undisputed fact that a hugely disproportionate number of blacks and Latinos were stopped and frisked in New York City.

One of the significant ramifications of the case was the issuance on March 2, 2015 of a memorandum directed to all commands within the NYPD. It covers a number of related issues, but the gist of the memorandum is that stops can be made only when a police officer has reasonable suspicion that the individual in question is committing, has committed, or is about to commit, a crime. This may not seem like a big deal to those who have studied the United States Constitution, but in practice, it means a lot.

Previously, many of these stops were justified, at least according to the New York Police Department, by the claim that an individual was acting “furtively.” Many stops were also predicated on the mere fact that the individual was present in a “high crime area.” One of the problems seen by the ACLU and other opponents of the policy is that these stops were pretextual, and were actually based upon the person’s race.

Under the new guidelines, the police officer must be able to articulate the factual basis for the stop. “Furtive movements” alone will no longer justify a lawful stop; and even if the officer utilizes alleged furtive movements along with other factors as a basis for the stop, he must do so in more than a conclusory manner. This means that the officer must be able describe what those movements were. There are additional parameters set forth in the memo, one of which caught our attention. The memo tells officers that they may not stop a person because he matches some generalized description of a suspect, such as a black male between the ages of 18 to 25. It’s curious at best that a class action lawsuit needed to be filed in order to prevent mass stops of young black men on this basis.

The PBA is apparently livid over the memo, complaining that it will make the job of an officer more difficult. Of course, if it’s more difficult to stop a person based upon reasonable suspicion, as opposed to stopping them for “walking while black,” then we are comfortable that the added effort is appropriate.