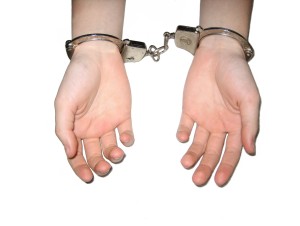 When New York City Mayor Bill de Blasio campaigned for his current post, he proposed changes in the city’s “stop and frisk” policy. This angered the cops, who told us that the policy was critical to fighting crime in the Big Apple. And with the increase in shootings in New York to date this year, critics are zooming in on a chance to say “I told you so.”

Not so fast, according to the mayor. While it’s true that homicides from guns are up this year over last year, overall crime during the same period is way down – 2,700 fewer crimes in New York City in 2015 than in 2014. De Blasio adds that any increase is the result of gang-related activity that was confined to a small number of precincts.

As always, statistics can paint more than one picture. So the argument continues on whether “stop and frisk” has had an effect on crime, with each group using whatever figures may be available to support their position on the issue. On the side of those who support the mayor, another interesting fact is that while the “stop and frisk” number have declined every year since 2011, so have murders. So the link between the use of “stop and frisk” and crime levels appears to be even more tenuous than some might have us think.

Finally, and we think this is central to the entire argument, largely absent from the discussions is any mention of one of the major criticisms of the policy, namely, that it tended to single out blacks and Latinos. This led to a number of federal court rulings on the practice, including one by the Second Circuit Court of Appeals, which said that the policy was carried out in an unconstitutional manner, by discriminating against minorities.

So what’s the bottom line? The proponents of the policy say the policy has played a major role in preventing crime. But others note that the statistics don’t necessarily support that view, and in any event the policy, as implemented, was illegal.