// Man acquitted of murder after 24 years behind bars sues NYC

Man acquitted of murder after 24 years behind bars sues NYC 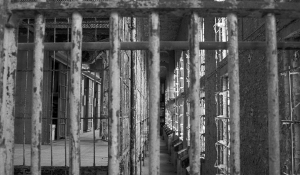 In a series of events reminiscent of a detective novel, Derrick Deacon, who was convicted of a murder he did not commit, and who has spent almost a quarter century in prison as a result, is now a free man. He’s suing the city, as well as the NYPD detectives who he says were responsible for the miscarriage of justice.

The saga started in 1989 with the robbery and killing of a man in the hallway of a building in Brooklyn. Deacon was arrested and charged with the murder, although he insisted not only that he didn’t commit the crime, but also that he was nowhere near the scene at the time. At his trial, he was convicted largely based on the testimony of an eyewitness placing him in the vicinity. The eyewitness was paid $1,000 for the “tip” by Crime Stoppers.

We’ve seen many examples of mistaken and false eyewitness accounts leading to convictions, only to discover later, through DNA testing or other irrefutable evidence, that the suspect was innocent. In Deacon’s case, an FBI snitch came forward in 2001, in an unrelated case, alleging that a Jamaican gang member confessed to killing the victim during an attempted robbery. We can’t imagine a legitimate reason why this wasn’t brought immediately to the attention of everyone involved in Deacon’s case, but Deacon didn’t find out about the confession until many years later.

In 2009, a judge took testimony in the case, and a couple of things emerged: first, the snitch testified about the confession; and second, the eyewitness admitted to the judge that she had seen another person leaving the scene at the time of the murder, but modified her testimony because she had been threatened by law enforcement personnel, who told her that unless she changed her story, her children would be taken from her. The judge nevertheless denied Deacon’s request to overturn the verdict, but an appeals court reversed that ruling.

For reasons that are not entirely clear, although we have our suspicions, the prosecutors decided to retry the case against Deacon. It took the jury 9 minutes to find him not guilty. This week it was announced that Deacon filed a lawsuit against New York City and the NYPD detectives involved in the case.

We expect that we haven’t heard the last of this case.