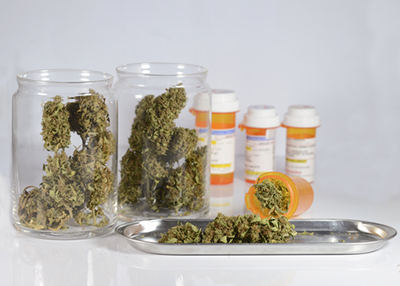 In 2014 the Compassionate Care Act was signed by New York Governor Andrew Cuomo. This piece of legislation served to legalize the use of medical marijuana for New York citizens. However, the law was not passed without some limitations. New York’s medical marijuana program did not go into effect until January, 2016. While this has made many recreational users hopeful, medical cannabis users are unsatisfied with the current law.

With Manhattan’s first medical marijuana dispensary now established, criticism has been published stating that New York has not been very accommodating. As the law is now, a small number of critical conditions make patients eligible for a prescription. Patients that use the drug are also limited in their ability to consume it. The marijuana provided to patients is provided in the form of tinctures and oils. This means that patients can only vaporize or orally consume the medical marijuana they’ve acquired. Smoking any marijuana, even medicinal, will warrant punishment.

Recreational Marijuana Use in NYC

On the subject of recreational use, there is still a consensus on the general failure of preventing illegal marijuana use in New York. Lawmakers are in agreement that as the law stands, it enables the expansion of a criminal drug market while facilitating the growth of an underclass of unemployable convicts with drug charges. In November, 2015, the New York City Bar Association Committee held a meeting addressing cannabis policy. The committee weighed the dangers of consuming the drug against the disadvantages of maintaining prohibition. They ultimately agreed that decriminalizing marijuana would not only be beneficial, but it would decrease the disproportionate policing of minorities that have been specifically targeted by the current laws.

The Marijuana Regulation and Taxation Act

This discussion brought new life in the Marijuana Regulation and Taxation Act (MRTA). This bill was sponsored by Senator Liz Krueger and was introduced back in 2013. The MRTA contains comprehensive laws and regulations regarding recreational cannabis use, the bill going as far as establishing the distribution of marijuana tax revenue. Under the bill, citizens aged 18 and older are allowed to be in possession of 16 ounces of any solid variety of cannabis. The standards of possession change if a user possesses liquid or concentrated cannabis, and if they have a certain number of marijuana plants they are growing.

Though New York lawmakers have rallied behind the argument that cannabis is less dangerous legalized, their true incentive is highly racial. In New York, minority arrests have maintained record levels over minor possession charges. With many convicts jailed for minor charges, officials have making personal efforts to introduce programs for criminals with minor drug offenses since 2014.

Efforts to be More Lenient

New York City Mayor Bill de Blasio has been making efforts to be more lenient against low level cannabis users since 2014. After setting forth plans to route low level offenders away from jail and toward counseling and treatment centers, a new school discipline code also serves to decriminalize marijuana possession for students. While the code has been criticized by teachers as enabling bad conduct beyond marijuana possession, students caught with cannabis are not charged with a crime. Bad conduct fitting the new code is punished with the distribution of a warning card. This card is given to all would-be delinquents, including those that are carrying multiple ounces of marijuana.

While marijuana prohibition is still in effect, New York is irrefutably leaning towards legalization. With legislation already introduced to legalize cannabis, officials only need sufficient incentive to progress with the MRTA. Though it is not truly established when this push for legalization will occur, it is speculated that New York will be among the next few states to decriminalize cannabis within the last half of the decade.