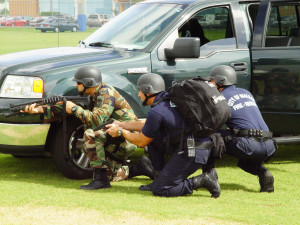 The death of an unarmed black man at the hands of a South Carolina cop has made a believer out of former Police Commissioner Ray Kelly. Kelly told ABC reporters this week that watching a video of the shooting taken by a bystander changed his mind. Kelly stated that the incident would likely not have occurred had the cop been wearing a body camera, knowing that his actions would be recorded.

The video of the shooting shows North Charleston (South Carolina) Officer Michael Stager repeatedly shooting Walter Scott in the back as Scott was attempting to flee. Stager has been charged with murder.

For supporters of body cams, the announcement was a welcome change from the voices of police departments and police unions across the country, most of which have consistently denounced the use of the cameras for a variety of reasons. Proponents, on the other hand, cite at least one study that found the cameras led to a reduction in the number of “use of force” incidents by police of more than 50%. A spokesman for the American Civil Liberties Union stated that the body cams will protect the public from police misconduct, and at the same time protect the police from bogus citizen complaints.

For many community members, the Scott video simply confirmed what they have suspected all along, that is, that police misconduct – brutality, unjustified shootings, etc. – is rampant throughout the country.

Whether the cameras will have the universal effect many hope for remains to be seen. But one this is for sure: police departments across the country are quickly lining up and ordering the body cameras. The bystander’s video of a citizen being shot repeatedly in the back while attempting to flee the presence of Officer Michael Stager has completely altered the landscape of the discussions and political positioning on this issue. In the words of former Commissioner Kelly, “it is a game changer.”