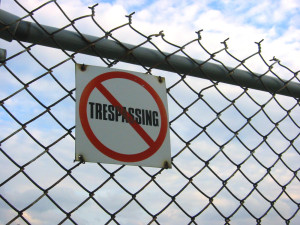 Back in 2010, 19-year old Sharif Stinson was issued summonses by an NYPD officer, and he found himself accused of criminal trespass and disorderly conduct.  When the case went to court, however, a judge threw both charges out.  He found that they were “legally insufficient.”

If you think this is an unusual situation, and that it’s rare for summonses to be tossed out based on facial insufficiency, think again.  Between 2007 and 2014, the NYPD issued almost four million criminal summonses.  Around 20% – 850,000 – were dismissed on the ground that they were legally insufficient.  The bottom line concern of those critical of the cops is that this is tantamount to saying that hundreds of thousands of these criminal charges were issued without probable cause.  A spokesman for the cops takes issue with that conclusion, claiming that the dismissals are often the result of poor drafting by the office who writes up the summons.  But this argument has already been rejected by Federal District Judge Robert Sweet, who found that the “overwhelming majority” of the dismissals were for lack of probable cause.

Stinson is a lead plaintiff in the class action lawsuit which seeks to force changes in the way summonses are issued.  In his case, the trespassing summons said he was in a building without permission of the owner, but Stinson’s aunt lives in the building, and he enters it every week to visit her.  The disorderly conduct charge claimed that Stinson used obscene language and behavior that caused public alarm (parroting a portion of the New York Penal Law), but failed to specify what that conduct or language was.  The lawsuit claims that the legally insufficient summonses are the result, in part, of an illegal quota system.  The NYPD denies that a quota system exists.

Interestingly, in a related story, Police Commissioner Bill Bratton has recently called for amnesty for more than one million people who have open warrants for minor offenses, such as those in Stinson’s case.

The class action lawsuit is expected to go to trial in early 2016.