Statistics can be both interesting and informative. The biggest challenge is often taking the numbers and gleaning some meaning from them. We hear a lot about crime statistics. They are used to promote tougher gun laws, for example. They are also used to evaluate the performance of a police department, its precincts, commanders and other officers. The stats end up being sent over to the F 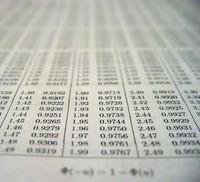 BI and placed in their crime stats reports. And the numbers are often cited by those who tell us that because crime is up (or down), more (or fewer) police officers are needed on the street. That assumes, of course, that the statistics themselves are accurate. If they are not, the entire system becomes a house of cards that simply falls in on itself.

The accuracy issue arose recently in New York City’s 40th Precinct in the Bronx. The NYPD announced last week that the commanding officer of the precinct had been transferred out, and departmental charges had been lodged against 19 others after an investigation by the Quality Assurance Division in connection with the underreporting of crime. An audit found that more than 50 police reports had been falsified to make it appear that crime in the 40th Precinct was down by 14%. The correct figure should have been 11.4%, according to the auditors. The investigation itself was reportedly triggered by a whistle-blower, who said that arrests had been downgraded from felonies to misdemeanors.

Bratton, who is the NYPD Commissioner, arrived at the precinct last week before 7:00 a.m. and was inside the precinct house for about half an hour. He was present during morning roll call, and actually had some good things to say about the outgoing commanding officer, Lorenzo Johnson. But the gist of the appearance was a warning to the cops that crimes must be reported accurately – in Bratton’s words, “Remember: If you see a crime, report it as it is.” The message was echoed by NYPD Chief of Department Jim O’Neill, who told the officers that they had to follow “the letter of the law.”